The Machame route is also known as the Whiskey route, given its reputation for being a tough climb, in contrast to the easier Marangu route, which is known as the Coca Cola route. Unlike the gradual incline and hut accommodations found on the Marangu Route, the climbers on Machame hike steeper trails, for longer distances, while sleeping in tents.

At 9am, leave Moshi for Machame Gate, where you will meet our porters, guides, and cooks that will spend the next seven days trekking with you to Uhuru Peak, the roof of Africa. Once you arrive, wait at the gate while we register your climb and the porters and guides make final preparations. Your first day’s destination is Machame Camp. Each day, porters and cooks will walk ahead to set up the camp in time for your arrival. On the first day, hike through the moss-covered trees of Kilimanjaro’s cloud forest. The forest will thin at the end of the hike and vegetation will change to include heathers, tall grasses and wildflowers. If the weather is clear, view the surrounding area and your ultimate destination, Kibo Peak.

Although considered to be the easiest day on the Machame Route, today’s trek includes several uphill sections. Carry plenty of drinking water, as the exposed hike can be hot on a clear day. There are several viewpoints from which you can see the plains and forests below and Kibo and Mawenzi peaks above. As you gain altitude, notice the change in vegetation. The trees diminish in size, giving way to Kilimanjaro’s famous high altitude plants, Scenecio kilimanjari and Lobelia deckenii. After eating lunch, climb the Shira Plateau, created when Kibo’s lava flows filled the Shira crater. Continue to Shira Camp, where you will relax for the rest of the day. Kibo lies to the west and Mount Meru to the east.

Although this up and down day ends with an elevation gain of only 110 meters, by early afternoon you will have climbed 690 meters to a height of 4,530 meters before beginning your descent to Barranco Camp. This day is crucial for acclimatization. After breakfast, hike east on the Shira Plateau before reaching the junction for the Shira and Lemosho Routes. Continue on through the barren landscape before stopping for lunch. Shortly after lunch, reach the highest point of the day before descending quickly to Barranco Camp. Faster hikers can take a detour via Lava Tower, a 300-foot lava formation jutting out of the mountainside. Barranco Camp, set among stands of Senecio kilimanjari, is considered to be the most scenic campsite on the Machame Route.

Leave Barranco Camp after breakfast for Karanga Valley. The day begins with a 1.5 hour scramble up Barranco Wall. This is the hardest part of the day and in some places you will have to use your hands to pull your body up. After reaching the top make a short descent into the greener Karanga Valley. We generally camp on the ridge above the valley to allow for greater acclimatization.

After breakfast, begin the hike to Barafu Camp. On the way to Barafu, view several of Kibo’s glaciers as well as the junction that connects the descent route, Mweka, with the Machame trail. During day four, hike by the Heim, Kersten and Decken Glaciers. Although the trail to Barafu passes through alpine desert with little vegetation, Barafu Camp offers stunning views of Kibo and Mawenzi peaks. Try to sleep as soon as you finish dinner as you will awake before midnight for your summit hike.

Around midnight, begin the final ascent to Uhuru Peak, the highest point in Africa. For the next six hours, hike by the light of your headlamp. The ascent to the crater rim is the most challenging part of the entire trek. The trail is very steep until you reach the crater rim at Stella Point. The hike from Stella Point to Uhuru Peak is a gradual climb and, as far as hikes go, not very difficult. The altitude, however, makes the hike long and tiring. The crater rim hike takes approximately one hour. Upon reaching Uhuru, take photos of your guide and group at the peak before beginning the descent to Mweka Camp. On the way down from Uhuru, enjoy views of the mountain, crater, clouds and glaciers. At Barafu Camp, eat breakfast and take a short break. You still have another three to five hours to go before reaching Mweka Camp.

After breakfast, finish the trek with a descent to Mweka Gate. Your last hike on Kilimanjaro is a beautiful one, passing through Kilimanjaro’s cloud forest. Watch your step during the descent, as the trail can be slippery. Our vehicles will be waiting at the lower station of Mweka Gate to take you back to Moshi. You will be able to buy t-shirts and sodas at the gate. 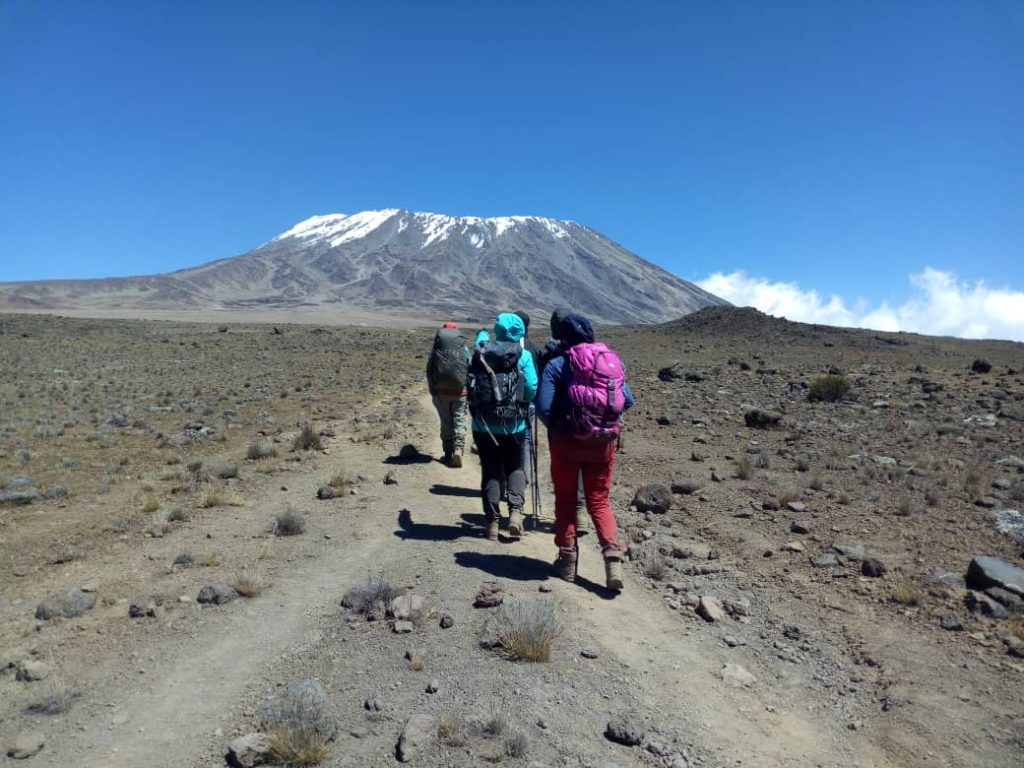 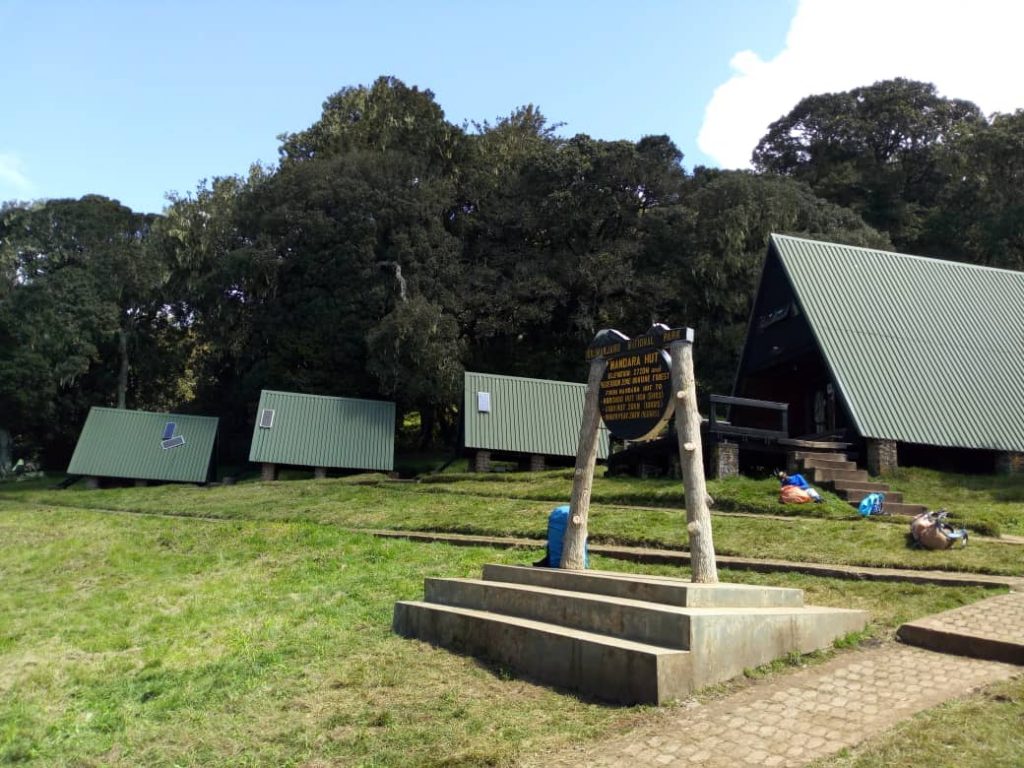 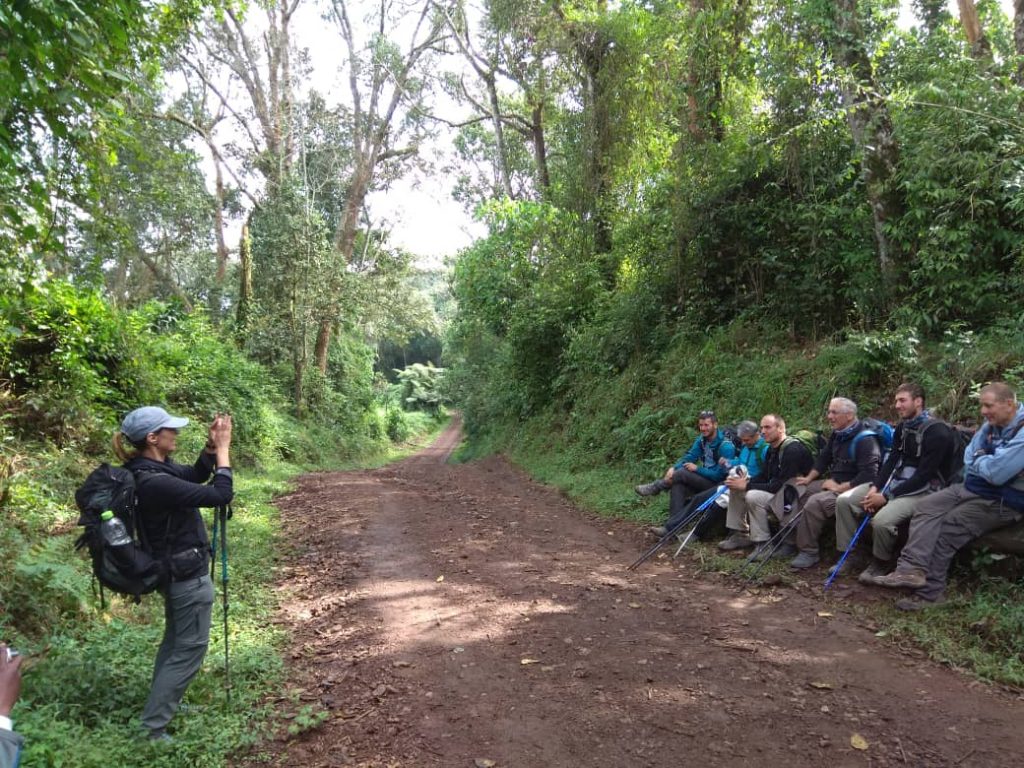 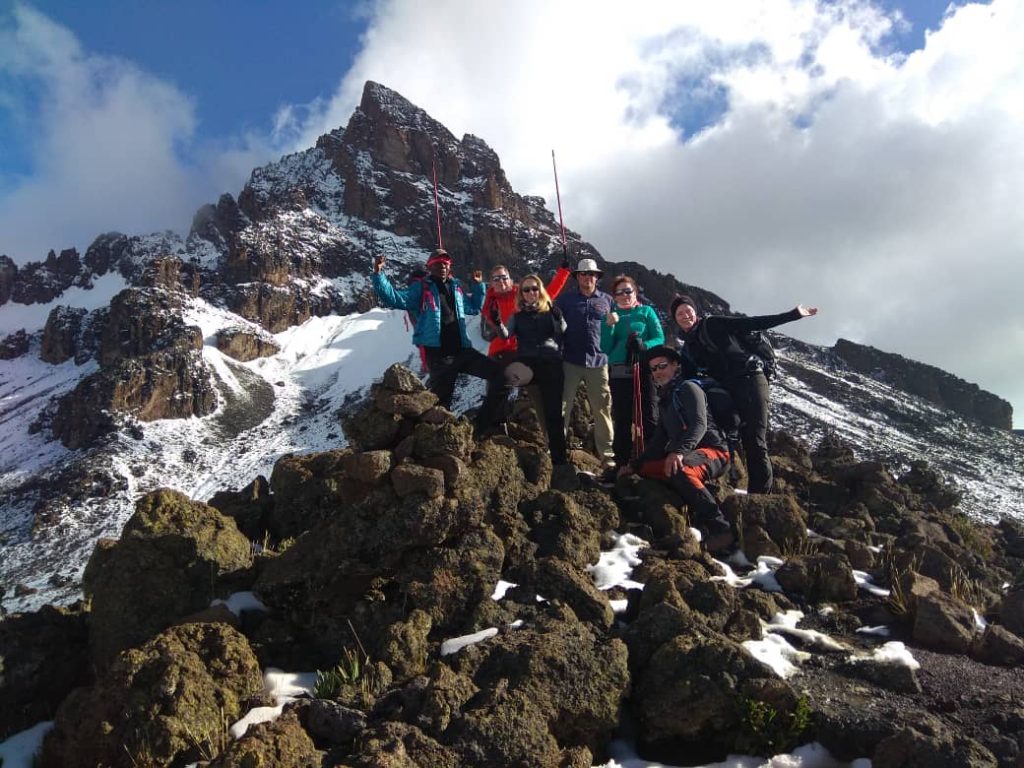 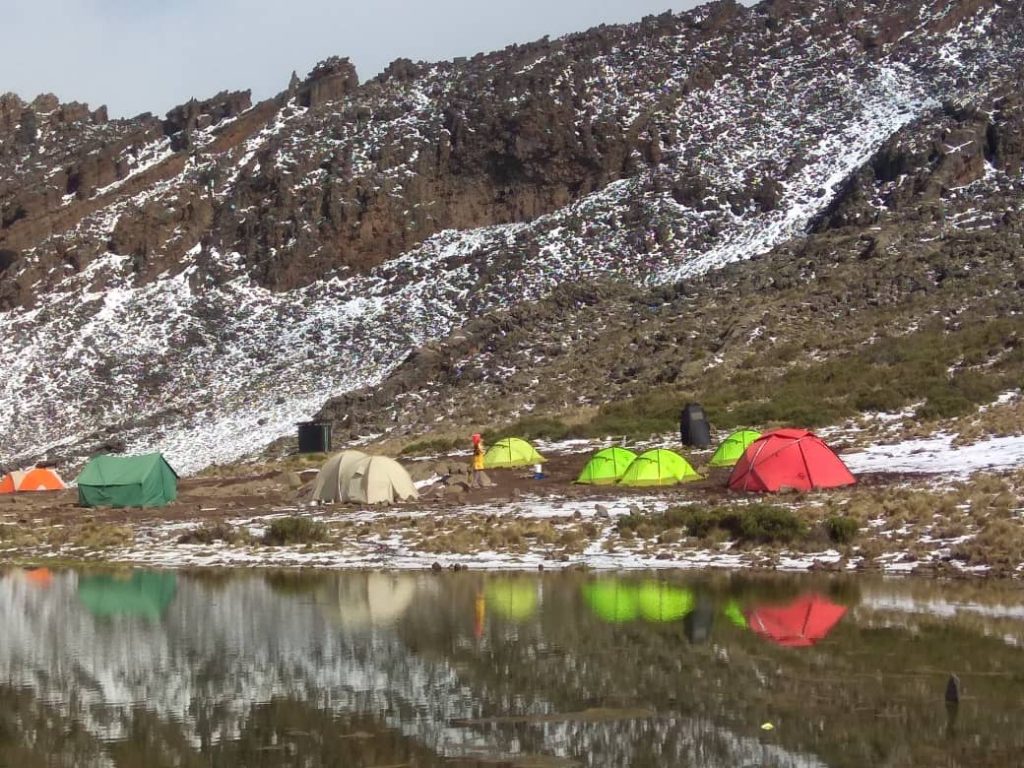 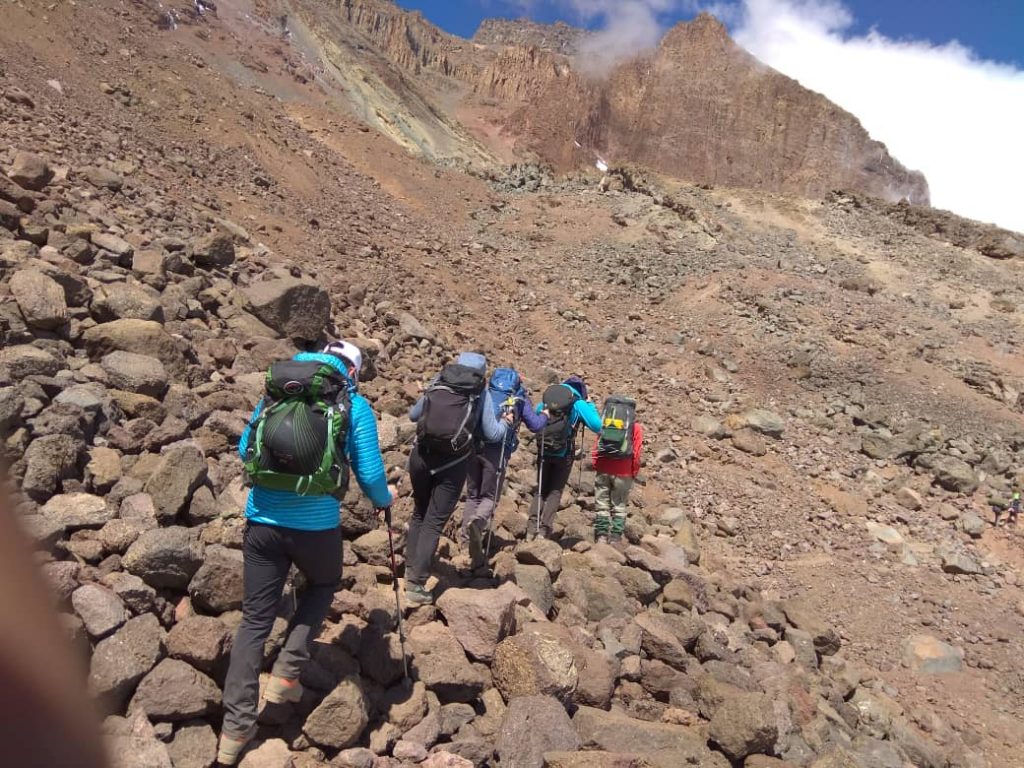